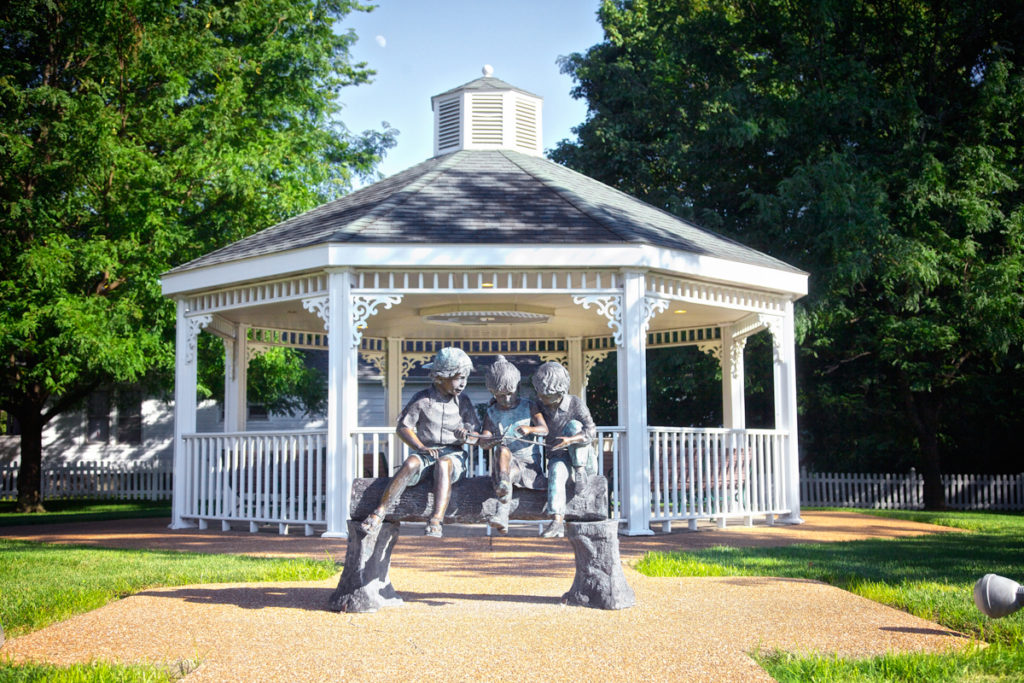 It can be hard to raise a family in a city.

But sometimes you have to go where the jobs are. Perhaps you’ve been relocated to Evansville or Mt. Vernon, Indiana, or the Toyota factory in Princeton and you’re looking for a smaller, quieter place to live and raise a family?

Carmi is only an hour or less away from these places, and considering how many Carmi residents work there, a pretty good option. It can be the best of both worlds, filling your city needs after work and coming home to where things are quieter and safer.

Also, where the money you spend to raise your family goes further. Housing is certainly less expensive. The cost of living in general can be much less expensive.

There are some areas where a small town can’t compete with the city. Carmi doesn’t have an organic grocery store for example, but you can buy organics at Walmart. Also, Carmi still has neighborhood markets, where you can walk or ride a bike if you don’t feel like fighting the crowd.

Or you can grow your own. You can afford to have the space for a garden in Carmi, and if you hop to it, you can plant three times in the growing season. And gardens are a great way to teach children the joy of growing things, and a bit of responsibility along the way.

Even if you don’t have a garden, one of neighbors likely will and are usually happy to share some tomatoes.

That’s the key to raising a family in a small town – a simpler life. Less stress, less crime, knowing your neighbors, walking freely at night and not having to dodge traffic in the daytime.

Carmi has a sound infrastructure, drinkable water, efficient electric, gas and sewer systems. Pollution is low and you can breathe the air. You have multiple choices for high speed internet, cell phone coverage for the major providers, a choice of cable television or satellite.

All of this also makes Carmi a great location for those who telecommute as well.

We’re proud of our school system, as they’ve produced countless professionals in all walks of life and  numerous creative people who go on to make the world a more interesting place. Increasingly, we find people coming back to raise a family after living living elsewhere.

The call of home is strong, and it’s easy to find yourself calling Carmi home.

Nightlife in Carmi is quieter than it is in other places. We do have a few taverns and pubs, as well as fraternal organizations where people come together and not only have fun, but work to make the community better.

There are fewer choices to dine out than in cities, but we have locally owned restaurants, diners, pizza places, ethnic food and even a few chains. Plus a quiet town where you can grill outside without listening to the traffic.

Leave your windows open on summer evenings and listen to the crickets and cicadas and you’ll find why Carmi even sounds like home. It’s a great place to raise a family, or even just live on your own.